In this exercise your task is to create a Rust binding, or foreign function interface (FFI) to the LevelDB database library. Typically, and also in this exercise, "foreign" means "C".

You will learn how to:

This exercise requires knowledge of a few Rust and C concepts:

Conceptually, LevelDB is a key-value store, AKA a persistent dictionary or map.

How is ownership handled in C? 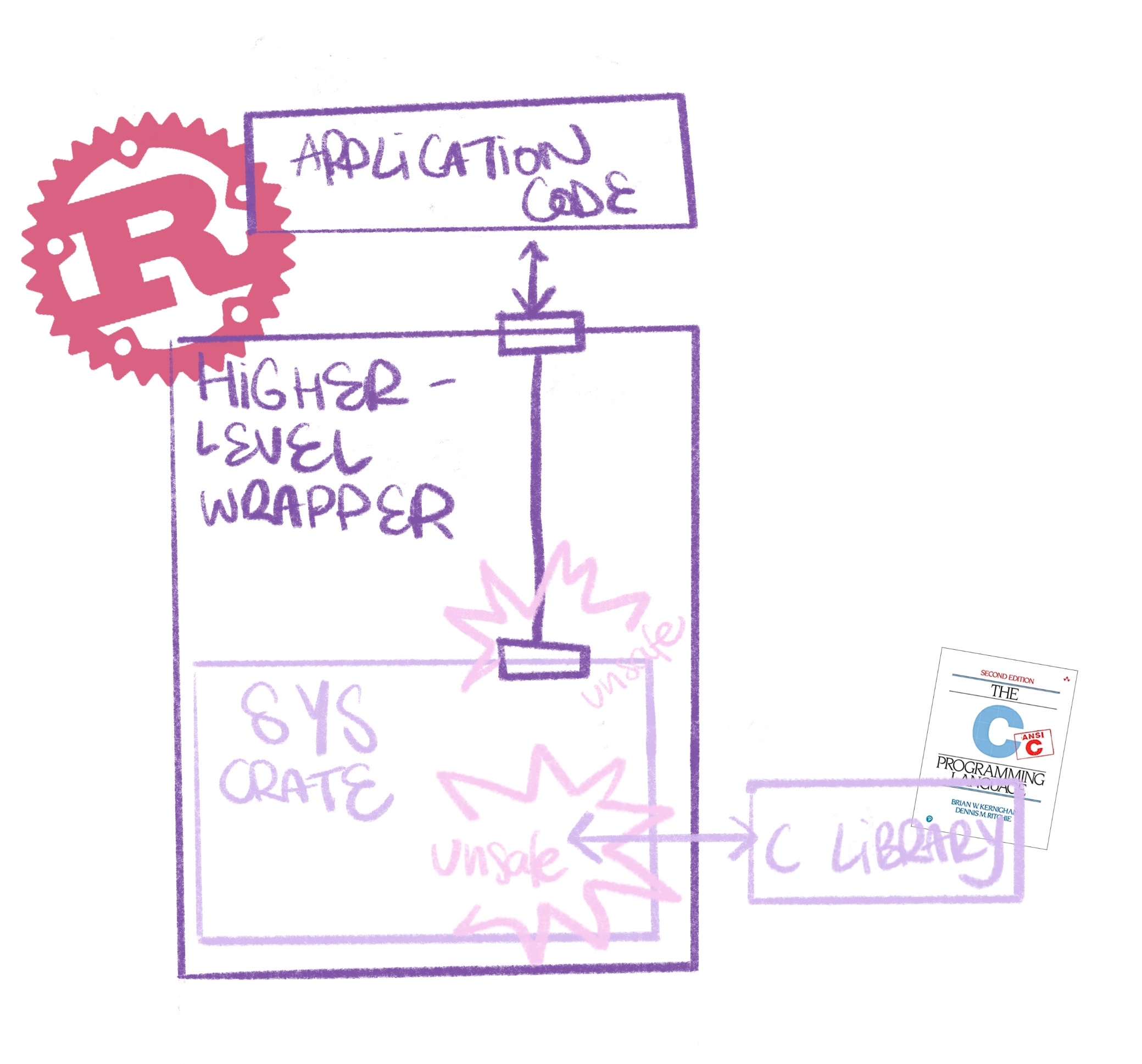 The sys crate is responsible for linking to the C library and exposing its contents unchanged.

Writing a sys crate yourself is beyond the scope of this exercise. We will be using the leveldb-sys crate provided for you.

To use them, you will need to specify leveldb-sys and libc in the [dependencies] section of your project's Cargo.toml.

Building leveldb-sys requires CMake and a C++ compiler (gcc, clang, Visual Studio etc.) to be installed on your system.

🔎 Should you ever need to write your own sys crate you can find instructions for doing so here.

Exercise: Opening and closing a database

Conceptually, a LevelDB database is a directory (the "database name") where all its required files are stored. "Opening" it means passing a path (whose last part is the database name) and some options to leveldb_open, notably create_if_missing, which will create the database directory in case it does not exist.

You'll also need these functions and enums from the leveldb-sys crate:

The LevelDB C header documents some conventions used by its implementation.

If you're stuck, check out the Help and hints below!

✅ Create a new library package project for this group of exercises. Add the required dependencies.

✅ Refactor your code and create wrapping structs for the raw leveldb_t and leveldb_options_t types, taking care of the required cleanup operations.

How's your error handling? open should not panic - return a custom error instead. To keep things concise, make use of the question mark operator (see also the following section on using it in tests). Convert errors where necessary.

✅ Test the success and error cases.

✅ What type(s) does your open function accept as database names? What would offer the most flexibility? Get some inspiration from std::fs::File.

✅ Include the underlying LevelDB error message string in your error type. Mind the ownership!

✅ Rust Strings are valid UTF-8. What issues might occur

The most straightforward parameter type for the database name is &str (why not String?). Since we're dealing with paths, what would be an alternative that still has the convenience of using string literals on the caller side?

LevelDB, being a database, persists data to disk. When writing tests for your binding, creating this data in a temporary fashion is appropriate, saving you from doing cleanup work yourself. The tempdir crate provides this functionality, but if you added it to [dependencies] it would also be installed for every user of your library, even if they didn't intend to run your tests. Fortunately, Cargo has a [dev-dependencies] section for crates that are only required during development:

You can use this code skeleton to get started: